In this 12 part series, Randy Ramsey reflects each month on the most influential people to contribute to Jarrett Bay’s success over the last 25 years.

Seldom does a person come into your life that makes such a significant impact as Jack Huddle did to mine and the Jarrett Bay family. I have often told people that Jack has become a second father to me. He has given advice, instilled confidence and has provided opportunities for us that only a father would. I first met Mr. Huddle on Harkers Island where he fished his 29’ Phoenix “Jack’s Boat” from the same marina I ran charters out of. As I got to know him, it was easy to see he had a real love of the outdoors and was passionate about offshore fishing and hunting at the “camp” in the community of Stacy.

The day Jack agreed to purchase his first boat from us he walked into the tin shed in Williston where we started and asked about “getting one of these boats.” After a few minutes, he gave me the basic layout of the 43’ boat he envisioned and asked “how do we start”. I replied that I would build the boat for $12.00 per hour when we weren’t running charters and 10% markup on materials. Jack replied that was fine, shook my hand and we started construction of his first 43’ Jarrett Bay “Builders Choice”. From that day, I knew we would have a special relationship. Little did I know this would be the first “Yacht” we would build, and that day would change the course of our company’s history. So far, we have built three boats for Mr. Huddle and his family – Hulls 5, 20 and 40 – and have never had more than a handshake for our contract.

Most people might assume that I would recognize Jack Huddle because he built three boats with us, but in reality he has done much more. As we built the first “Builders Choice,” he would often visit and saw the challenges we faced working in a tin shed that was more than 40 years old. As our crew worked with holes in the roof, a dirt floor and poor lighting, he became convinced we needed to make a move. Mr. Huddle purchased a parcel of land in Marshallberg, built a new building to our specifications and allowed us to move in for the same rent “until we could get on our feet.” If this wasn’t enough, he later bought adjacent parcels, built a second building, a travel lift and found a way to sell it to us without so much as a down payment. As we have grown, Mr. Huddle’s Trader Construction has been our only contractor making all the improvements to the industrial park we now occupy, and doing it all with nothing but a handshake.

While I will always be indebted to Mr. Huddle, his wife Barbara, daughter Allison and my “brothers” Harris and Carl for what they have done for our company, the real gift Jack Huddle gave us was his confidence in our ability and the reminder that a man’s handshake is his bond. I can’t wait to start the next “Builder’s Choice!” 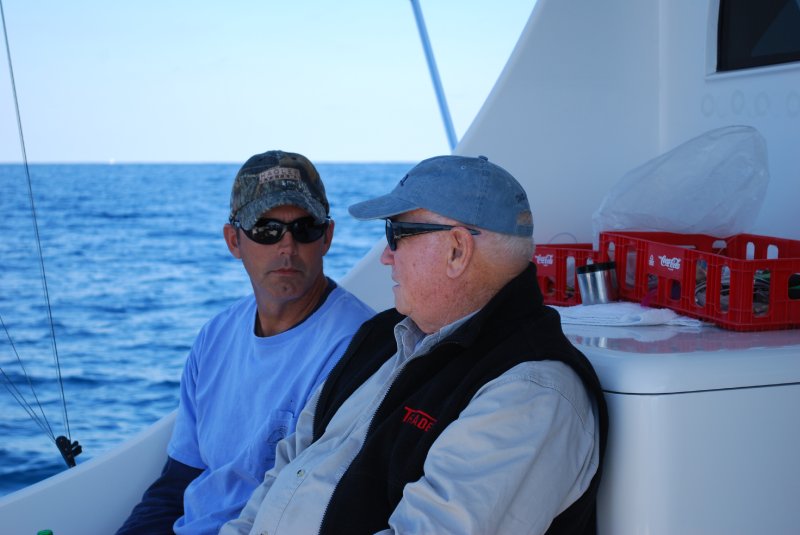