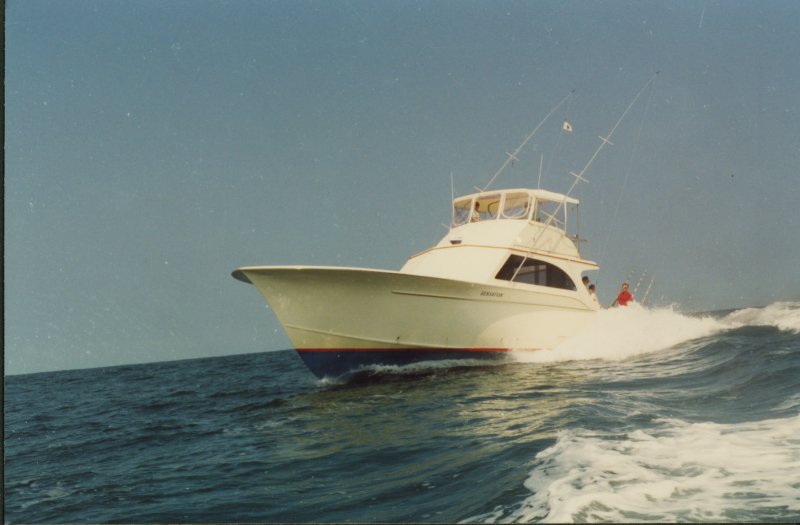 In this 12 part series, Randy Ramsey reflects each month on the most influential people to contribute to Jarrett Bay’s success over the last 25 years.

No matter how good of an idea we may have, or how dedicated we are to reaching a goal, often times it takes others who share your dream or believe in what you are trying to accomplish to help you bring it to reality. As we grow up we all depend on the wisdom of our parents, family and friends to support us; But as we mature, we often are helped by people that not only believe in an idea, but in you.

In the fall of 1986, Jim Luxton and I shared a dream of building a charter boat to replace an aging one so we could compete with any boat in the NC fleet. We had the vision, the determination, and the desire to accomplish the goal, but neither of us had the financial resources to bring it to reality. As I look back on that fall, I wonder how many great ideas go unrealized for the same reason.

For several years, Jim and I had built a relationship with Gene Vogler and Bucky Dennis – two Winston-Salem men, by running boats and carrying them fishing. Gene and Bucky were both very successful in business. And while they have different personalities, they had become great friends and shared a passion for Carteret County, Harkers Island and the outdoors. After a lot of discussion, Jim and I concluded that we would drive to Winston-Salem and meet with Gene and Bucky, share our plan, and ask them if they would help it become a reality. As we drove to meet them, I remember discussing our plans and going over the budget, as well as the time line for construction of the “Sensation“. When we arrived, Bucky greeted us and put us at ease with his kind manner and soon after we started discussing our idea. Both men listened to us intently, asked a lot of questions, and concluded that they were willing to back our project and provide the $95,000 in capital we estimated the boat would cost to build. In retrospect, I can see what a risk they took in two young men, and am humbled they took that chance. Maybe it was because they saw younger versions of themselves in us – Jim, mild mannered like Bucky; and myself, more of a risk taker like Gene. No matter the reason, they believed and we would later all enjoy many days fishing together on “Sensation”.

No one could have predicted the growth that Jarrett Bay has experienced over the last 25 years when we met with Gene and Bucky, or how their actions would change our lives forever. Their actions didn’t just help a new business get a start, they showed me how much difference one person can make in the life of another – making me a better person, and reminding me that dreams can become a reality.