Transom Extrusion and Total Refit of a 63 Hines-Farley Sportfish

The Jarrett Bay service facility welcomes its latest major refit client for the early summer season, J & B, a project in conjunction with Phillips Project Management of New Bern. This boat is a Hines-Farley sportfish which was hauled as a 63′, but will return to the water in 2013 as a completely updated 66′.

While going through a long list of major changes, the most notable will be the transom extension. Her transom will be removed, and rebuilt with an addition of 3 feet to add more space to get business done in the cockpit. 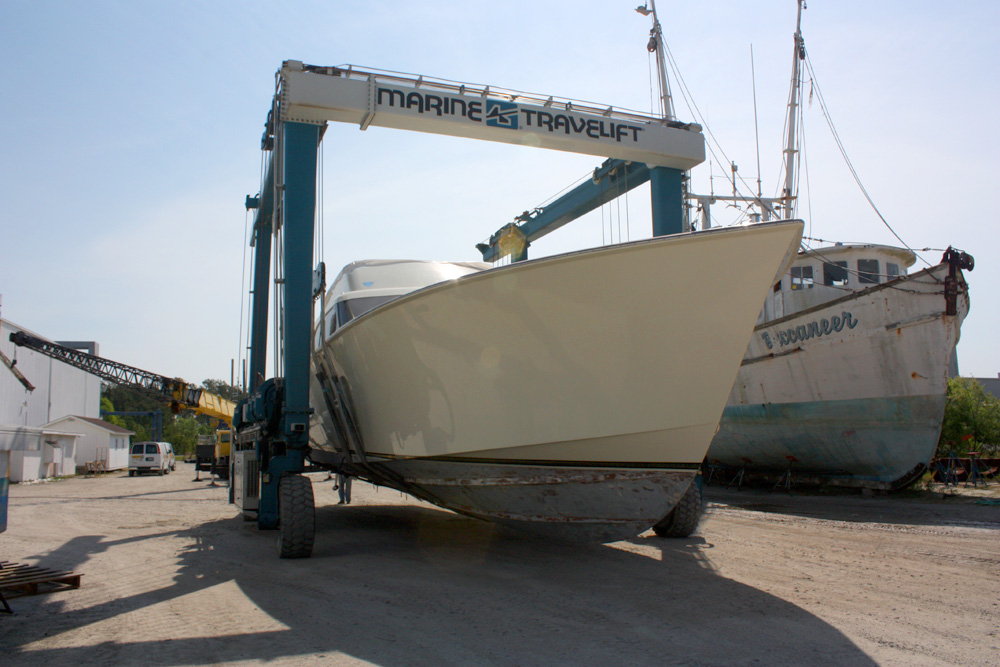 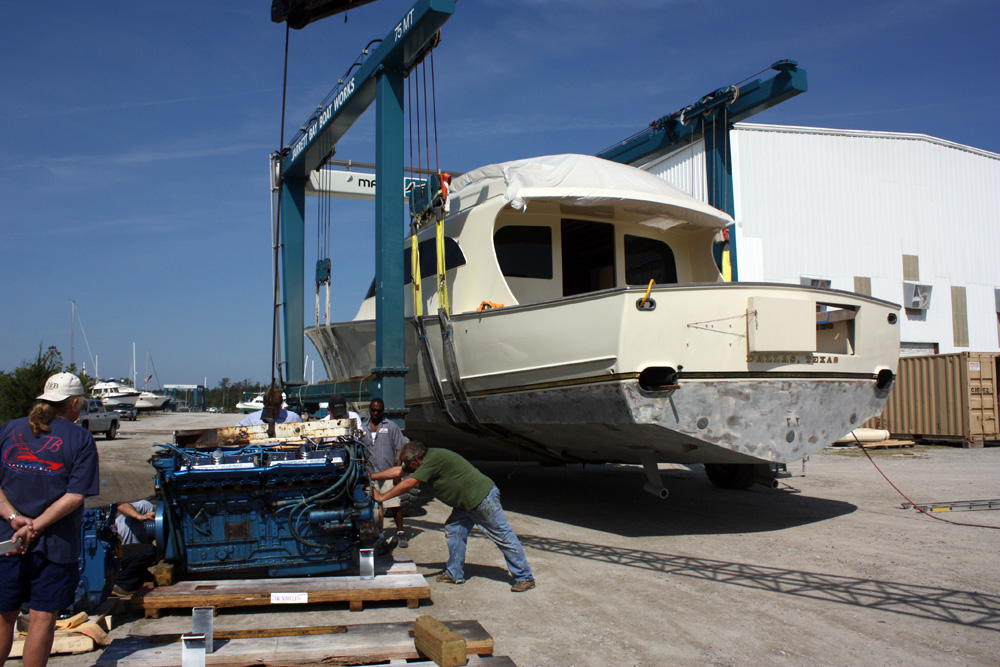 J & B will also receive a rebuilt mezzanine cockpit, bow-thruster addition and be re-powered with twin C32 ACERT Cat engines and new generators, fuel and freshwater systems, and an exhaust package with improved ventilation. She will undergo custom interior upgrades, an extensive rewiring, and receive new paint from top to bottom.

We’re excited to see & share the transformation of yet another extensive refit project here at Jarrett Bay. Stay tuned to our site and social networks to follow the progress with this interesting project.