From her cold-molded fir and Okume bones to fiberglass skin coated in glossy Alexseal Cloud White, the 77’ Jarrett Bay stays true to its custom Carolina heritage, yet represents the next evolution in sportfish

performance and functionality. Thanks to prop tunnels, the 77’s shaft angle is lower, yielding increased speed and efficiency – and a noteworthy draft of less than six feet. The high-speed stainless rudders and struts and a bottom with no through-hull protrusions or fairings result in an incredibly fast and sleek running surface.

Under the hood, you’ll find twin 16V-2000 MTUs rated at 2,600hp. Carrying 3,200 gallons of fuel, the 77 hits a top speed of 41 kts and cruising speed of 35 kts. With nearly 60 custom builds to date, Jarrett Bay designs their hulls, first and foremost, with performance in mind. Jarrett Bay’s proven modified-vee hull design uses steadfastly seaworthy, lightweight materials allowing the Blank Check to be faster than other similarly sized boats with equal or more horsepower, and significantly superior fuel economy than custom and production boats in her class.

After decades of boat ownership, the Doyle’s knew exactly what they wanted in their next custom sportfish to ideally complement their pursuit of blue marlin the world over. “Jarrett Bay will do just about whatever you can envision. If you imagine it, they can build it,” stated Blank Check Captain Danny Hearn. “Everything is first-class and really sharp. The tower is massive, but extremely well balanced and proportional to the boat. An all-around awesome platform for the family to travel and fish from.”

Randy Ramsey, Jarrett Bay President, commented, “It has been especially meaningful for our crew of craftsmen to have a hand in the 77. The milestone of building our largest hull and working with such gracious yet discerning owners has given rise to the next benchmark in custom sportfish construction, and will be a well-earned feather in our craftsmen’s caps.”

After making her tournament circuit debut at the Big Rock Blue Marlin Tournament, the Blank Check heads to search for more bluewater giants in Bermuda during July and St. Thomas in August before heading back to her home waters of Palm Beach. Be sure to follow her reports from the rip on Jarrett Bay’s digitals. 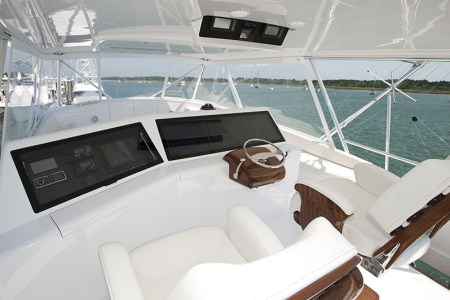 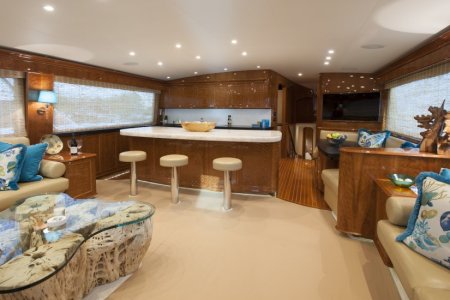 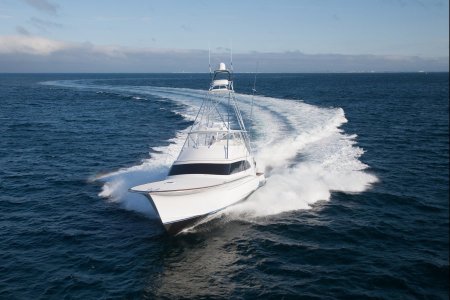 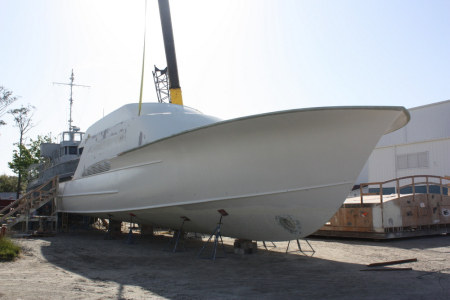 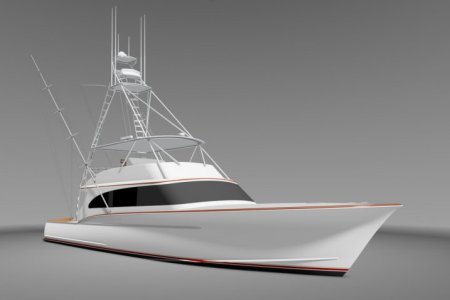