From the January 2015 issue of Yachting magazine: 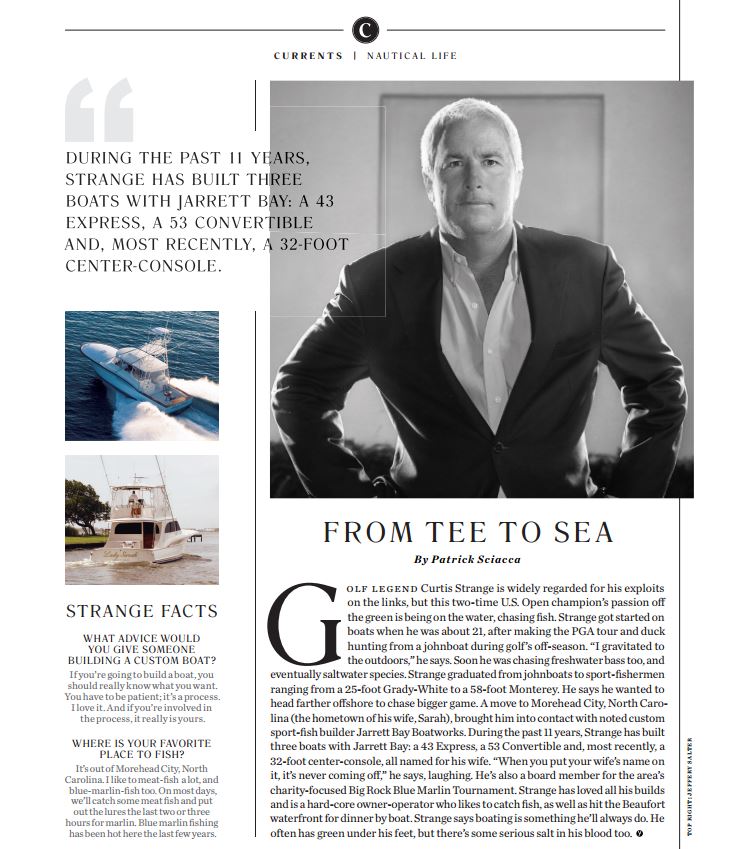 Golf legend Curtis Strange is widely regarded for his exploits on the links, but this two-time U.S. Open champion’s passion of the green is being on the water, chasing fi sh. Strange got started on boats when he was about 21, after making the PGA tour and duck hunting from a johnboat during golf’s of -season. “I gravitated to the outdoors,” he says. Soon he was chasing freshwater bass too, and eventually saltwater species. Strange graduated from johnboats to sportfishermen ranging from a 25-foot Grady-White to a 58-foot Monterey.